Marie Surprised me last night by taking me out to Bombay Bicycle Indian Restaurant in the holland park area, i can say it was awesome food, excellent service and an all round great restaurant, we were leaving at 8 and decided to see what was on at the cinema in Shepherds Bush and decided to see Inception.

Just as a rough guide of what inception is from the cinemas this is Vue’s description: 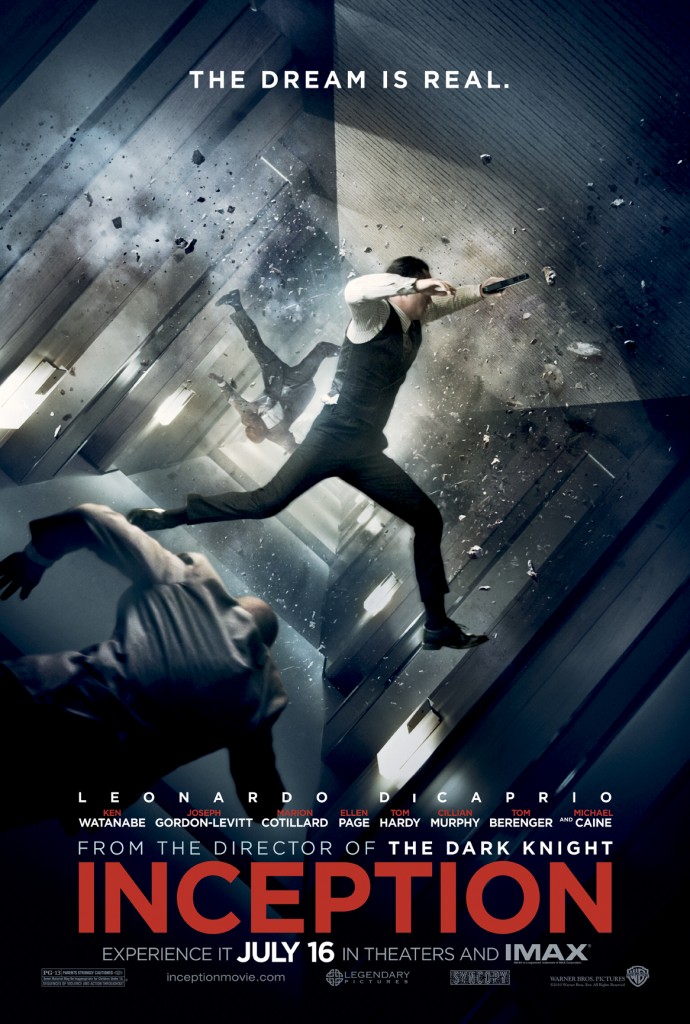 Blockbuster sci-fi thriller written and directed by Christopher Nolan. Dom Cobb (Leonardo DiCaprio) is a professional thief with a difference: the spoils he goes after are not material objects but the thoughts, dreams and secrets buried in the minds of other people. This rare talent has cost him dear, rendering him a solitary fugitive stripped of everything he ever really cared about. When he is offered a chance for redemption by reversing the process and planting an idea rather than stealing it, he and his team of specialists find themselves pitted against a dangerous enemy that appears to pre-empt their every move. Ellen Page, Cillian Murphy, Marion Cotillard, Michael Caine and Joseph Gordon-Levitt co-star.

the film was very cleverly put together and had me on the edge of my seat throughout (although that could have also been the not so comfortable seets at the Shepherds Bush Vue cinema!) the actors played brilliantly and i really did like the love tragedy aspect of it, it almost made it a modern shakespeare equivalent it was written so well. The film did take a few minutes to really get going though and they perhaps could have gotten things moving faster but all in all it didnt detract that much.

The story was complex and at times i got lost in the details because the film was very detailed and it covered virtually everything, it almost made me think was this real or not. the ending was very cool too, wont spoil it too much but it leaves the imagination running high of the possibilities as it leaves just one question unanswered which runs through the film via the character of Leanardo Di Caprio’s Wife.

all in all a very good film to go see on a saturday night, as much as i get annoyed when people are noisy in cinemas, it was great to go see a film where the screen was mostly full rather than being only 1 of 5 or 6 people watching, there is something different about watching a film in a full cinema screen over an empty one.