I can’t believe this is 2 and a half months late already, I wish I could come up with some elaborate reason for that but honestly its just been that hectic that I haven’t had time or just plain forgot. So a big welcome to the world to Ronald “Ronnie” Edward Somerset, Born 11:45 AM on 22nd January 2013 at a perfectly average 2.95KG or 6 lbs 8oz in English money. It’s hard to believe that at 10 and a half weeks he is already well over 5KG’s and totally healthy, the paediatrician even commented on his strength for such a young baby. 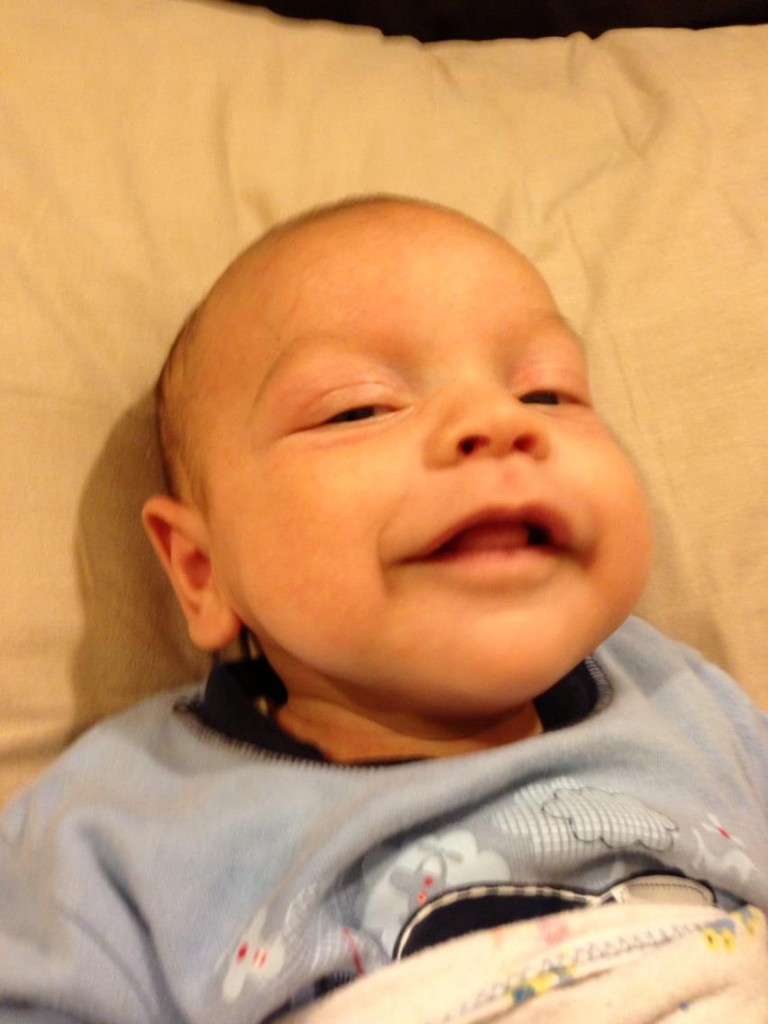 I have to confess, being a dad is the hardest job in the world, but its absolutely 100% without a doubt totally worth it. I’m only about 3 months in and probably making mistakes but learning all the time. Smelly Diapers (Nappies for the English) are definitely my weakness, but thankfully I have an amazing wife that does most of the nappy changing for me.

I do have to say that after watching Marie in action, I don’t know how single parents do it, and despite their circumstances I have a whole new respect for them doing what really is a 2 person job on their own. Marie is such a faithful wife and doesn’t complain that it’s hard and tiring, even though it is and most days she is in bed by 8PM and out for the count. She so amazingly releases me by doing the night time feeds so that I get a reasonably good nights rest so that I can work the next day without being tired myself. She is the absolutely biblical model of a wife!

So I’ve got at least the next 18+ years to look forward to, sure its going to have its ups and downs but right now I get to quote God from Mathew 3:17  “This is my beloved Son, with whom I am well pleased.” 🙂

Despite the Credit Crunch and all that, the Bank of Dad is now open, will likely need bailing out in about 18 or so years!